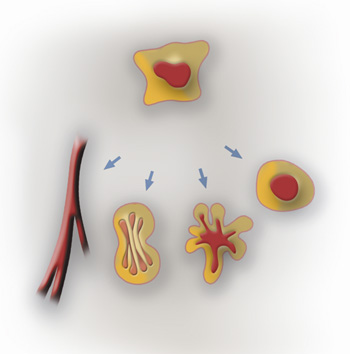 What are chemotherapy regimens or protocols?

A chemotherapy protocol or also known as a regimen is a treatment plan that usually involves more than one drug. The regimen includes:

Why is chemotherapy given in combination with other drugs?

Some chemotherapy drugs are given on their own. An example of this is Bendamustine. Patients might have a single chemotherapy drug if the aim is to control symptoms of lymphoma, rather than to treat the lymphoma itself.

Combinations of chemotherapy drugs are given to treat lymphoma. Each drug works in a slightly different way to kill the lymphoma cells. Each drug affects cancer cells at different points in the cell cycle. Using a combination of drugs increases the chance that all the cancer cells will be eliminated. Steroids are often given as a part of the chemotherapy regimen. An example is prednisolone.

How do chemotherapy protocols get their names?

Some chemotherapy regimens have names that do not use acronyms. An example is chlorambucil

For some types of lymphoma, other drugs are given either alone or with chemotherapy. This is sometimes the case with:

Some common chemotherapy regimens used in lymphoma include:

How will I know if my chemotherapy is working?

There are several ways to find out if the treatment is working. These can include:

Patients will be closely monitored while getting chemotherapy and any changes or side effects should be discussed with the medical team.

The regimen patients have depend on several factors including:

Treatment affects each person differently – even the same treatment can have different side effects for each patient. The doctor or chemotherapy nurse should discuss the side effects with the patient.

Can the dose be reduced due to a lot of side effects?

However, quality of life is valuable as well, and patients need to decide whether the side effects are tolerable or not. It is important to make this decision in an informed way and understand the potential consequences of your choice.