I thought I was bulletproof… 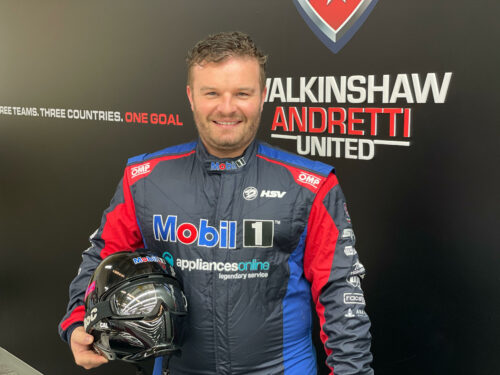 My name is Callum Glanville, I’m 31 years old, part of the pit crew for Walkinshaw Andretti United in the V8 Supercars Championship, and I’m in remission from Stage 4 Hodgkin Lymphoma.

Like most young people affected by Lymphoma, I was strong as an ox, healthy, bulletproof and at the top of my game racing cars week in, week out. To say I was blindsided is an understatement.

When I was diagnosed at the end of 2019, it was the end of a torturous 6 month crusade for me and my young family. 6 months of GP visits, physio visits, sports doctors, blood tests, scans, ultrasounds, biopsies, none of which could say definitively what was wrong with me.

I had symptoms, most mild, one quite severe, but the feeling in the pit of my stomach that something was terribly wrong was the overriding factor that kept me pushing doctors long after they said there was nothing wrong with me.

Most of my symptoms, like most lymphoma patients were relatively mild. Mild enough for GP not to give it a second thought, and rush me back out the door as quick as they can. Itching, night sweats, swollen lymph nodes etc.

The symptom that made me pay attention was alcohol pain. I could have a sip, not even a full drink, just a sip and in around 10 minutes I’d feel a dull ache in my lower back. After half an hour, I’d be on the ground screaming in pain. Totally taken out of action, could hardly breathe through the pain. A low dose of ibuprofen helped ease the pain. Given how physical my job is, I thought I’d overdone it, or tweaked by back out of place. It took me a fair while to realise the pain was triggered by alcohol.

At my wits end, I asked a friend at work if anyone knew of any GP’s that actually might care about what I have to say. My first appointment, after about 30 seconds, I’d gotten further with him than I had anyone else. He listened, made the appropriate referrals to Haematology, and the next day I was in the hospital getting tests done.

I was offered to be part of a Clinical Trial called BrECADD offered by Monash Medical Centre in Melbourne. It was sold to me as being no less effective at treating the cancer, but to have fewer side effects from the chemotherapy. Sign me up! It was 4 cycles, 4 full days one week, then 2 weeks off.

Needless to say, I missed the rest of the 2019 season and the first race of the 2020 season, but I had a pretty good excuse I guess! Side effects were definitely bearable. Felt like a hangover for a few days, then each day got better. After a few days I felt great, and continued working from the workshop until my next cycle.  After 3 short months, I was cancer free and could focus on getting my fitness and career back on track.

In July 2020 I made my racing comeback at Sydney Motorsport Park and haven’t looked back since. Looking forward to 2021 and having a full tilt at my first Championship and Bathurst 1000 win.

Having used the resources on Lymphoma Australia’s website, I contacted the wonderful people there and asked if I could help raise awareness in some way, and maybe if we can help out one other person, then it would’ve been worth it.

You CAN beat this, you WILL beat this and come out the other side stronger. 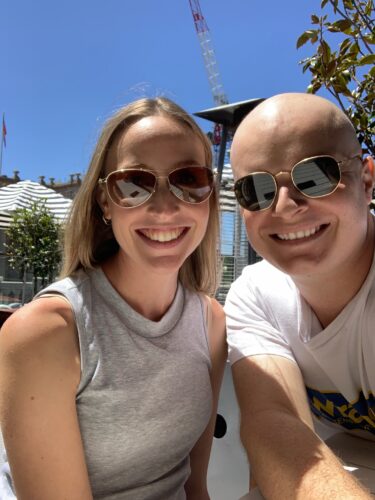 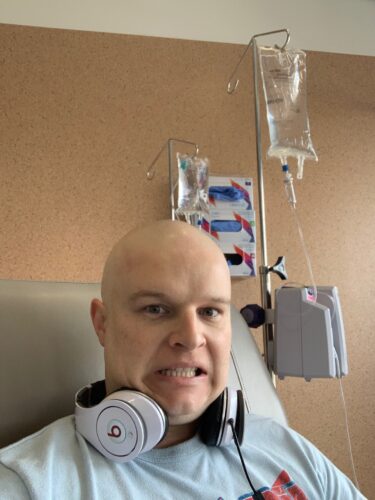 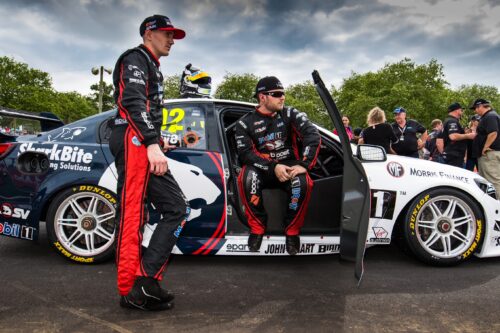 Lymphoma Australia is excited to welcome Callum as an Ambassador for the Legs Out for Lymphoma events. You can get involved too! Click below to register now!

Legs Out for Lymphoma - find out more